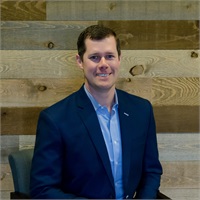 Ryan has been with Waddell & Reed in various capacities since 2007 after he obtained his Bachelors degree in Business Administration from Colorado State University in Fort Collins, Colorado. Beginning as an advisor, Ryan enjoyed working with clients personally, and in 2013 transitioned to District Manager before becoming the Managing Principal of the division in 2016. Ryan was able to work with many advisors and different client scenarios, but missed the client interaction and returned to his favorite role as a Financial Advisor in 2017 and became a partner Choice City Wealth Partners in 2018. We believe his supervisory experience brings a lot to the team.

Ryan is a Colorado native, born and raised in Greeley. He and wife Marissa have 2 kids Raegan and Declan. Weekends are filled with CSU football games, kids’ activities, hunting, snowboarding, camping, and fishing.

Waddell & Reed is not affiliated with any other entities referenced.  07/19